Baseball is America’s past-time, but football is the obvious king of sports in the US. No level of controversy seems to stem the growing tide of popularity. The NFL’s greatest challenge has been the well publicized challenges that retired players have with both pain management and brain injury. Perhaps it shouldn’t be surprising that medical marijuana is becoming a hot topic for both active and retired football players.

When you think about it, people who play football prematurely experience many of the problems associated with aging. Pain management and potential brain damage are almost in the job description for a professional football player. Most people good enough to make the NFL start playing young, and the long term effects are well studied. Unfortunately, they are also an expected part of aging. 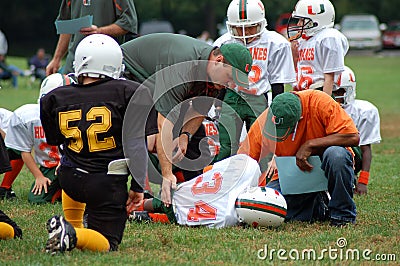 – The Two Main Components of Marijuana

Two of the most commonly cited benefits of the major substances in Marijuana address these issues. THC helps with pain relief as it releases endorphins in the brain. CBD is the primary compound associated with “Charlotte’s Web”, the strain of cannabis that has revolutionized the treatment of serious brain seizures in kids. Seniors and football players may seem an odd couple, but both experience many of the same challenges.

The relation between medical marijuana for seniors and football players may seem odd, but it is logical. There is a growing chorus of voices that are attempting to lift the NFL’s ban on medical marijuana. On a second or third offense, players can lose millions of dollars in pay. It’s a developing area of litigation, but the proponents are funded by very wealthy clients.

It has often been said that America is lead by sport; from Jackie Robinson and integration to Ray Rice and domestic abuse. Perhaps medical marijuana will be next. More importantly, it could lead to better research.